Worms, June 24, 2022 - When a functional building is to be converted into residential units, change and creativity are called for. This was the case recently in Elbinger Strasse in Frankfurt am Main, where GeRo Real Estate AG took on a former office complex and developed it into a property with apartments. At first glance, nothing special, were it not for the fact that the property is located in the sought-after district of Bockenheim and that it was not the former new building of Deutsche Börse. "The building fabric is of very high quality, and the conversion was also very complex due to the complex building services," says Hans-Joachim Mattheußer, who coordinates sales and marketing activities on the project developer's board of management and is in charge of the Frankfurt office.

It is therefore obvious that no savings were made in the furnishings of the 47 residential units and that the facade of the approximately 20-year-old building should appear fresh and representative. Up to now, the metal cassette facade had been kept in a light gray. However, the building owners wanted more color and decided to foil the cassettes. "This is interesting both from a creative point of view and from an economic point of view, because it is comparatively quick," says Mattheußer, speaking in favor of this technology.

Used outside and inside

GeRo opted for the renovation film RENOLIT REFACE and profited from the many years of experience of the Worms-based film specialist: "We processed the approximately 900 square meters of facade surface in exactly two months," reports project manager Rouven Schiedhelm, who is in charge of the renovation projects there and coordinates the processes. During this period, the interior window sills were also renovated with the robust exterior film, which will protect them well against impact or wash stains in the future. Around 130 square meters in signal white were processed for this purpose.

Partners are looked after

As unusual as the choice of decor was, the processing of the film was also very challenging. This job had been taken on by the "Werbemacher" from Heddesheim, who, as certified processors, have been in the service of the Worms-based company for years. Above all, the vertical grain of the oak decor required meticulously precise butt bonding, as Managing Director Robin Maier knows to report: "Especially in such cases, it pays off that RENOLIT intensively supports its partners on the object and specifically trains the processors." In the end, this overall package of expertise in technology, craftsmanship and design convinced GeRo AG in the long term: "We were able to rely on RENOLIT," confirms board member Mattheußer.

The transformation with the facade film at a glance 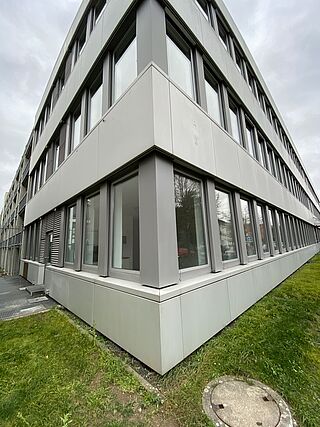 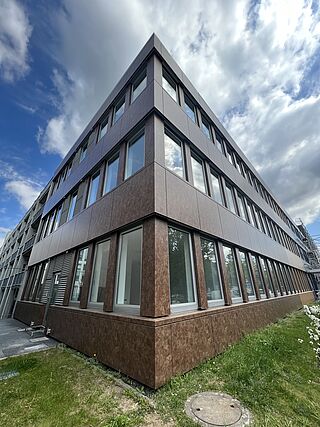 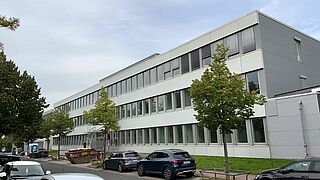 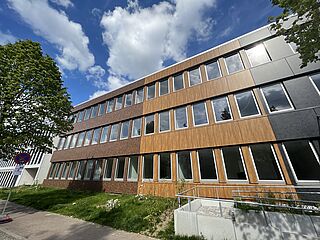